This edition is dedicated to the tenth anniversary of Odessa National Academy of Law headed by President of Odessa National Academy of Law( ONLA), Academician S.V.Kivalov. It has advanced to the forefront of modern jurisprudence upholding glorious traditions of Odessa schol of law founded more than 160 years ago.
The book focuses on the history of formation of Odessa scool of Law, characteristics of the structural units of ONLA, the development of educational, methodological, scientific international, spiritual, and economic spheres, in vhich the teaching staff, officials and students of ONLA have gained great achievements. 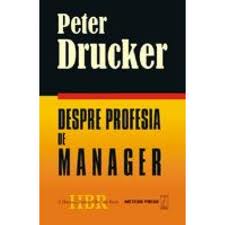 The book presents a selection of succes stories from the EU's sixth Framework Programme for Research. It includes a bigger publication with all the research and the knowledge created by its multi-disciplinary, international research programme. It also describes the work in locations as diverse as the frozen wastes of the Arctic, the depths of the Oceans and the windswept deserts of central Asia.
The work in disciplines ranging from chemistry to the economy and come from very corner of the EU and  beyond. The projects covered here touch on every aspect of our daily lives from our health, our environment and the food we eat, to the way how we travel and how energy is produced. There will be no solutions to the big societal challenges that Europeans face without further research effort. This publication is but one small example of our efforts to explain and justify why and what we are doing in EU research.

Along the historical periods, there have been told many things about libraries. Much time, libraries were considered the memory of humanity. Today, we say they are loboratories for intellectual work, where people not only read but seek for scientific research information.
All civilations, regardlles of area in vinch they have come forward, had a special respect for libraries. Thus, libraries decline is a sensitive barometr for society and civilization. In the present volume, the first of this kind in our country intended in particular to the foriengners interested in the Romanian libraries, there are presented five types of libraries, according to IFLA nomenclature, included in the libraries national netvork: national libraries, university libraries, special libratries, public libraries and school libraries.
There have participated in publshing this volme Romanian specialists with a good knowledge  in the field they have written about Elena Tîzman, Mihaela Zecheru, Robert Coravu, Gabriela Dumitrescu, Carmen Pesantez, Gheorghe Buluţă, to vhom we express our gratitude.